The future of software, the end of apps, and why UX designers should care about type theory

The programmer, like the poet, works only slightly removed from pure thought-stuff. He builds his castles in the air, from air, creating b…

Another quick project to help improve vocabulary. It’s a random word generator with words and definitions that I’ve heard and want to incorporate into my lexicon.

How To Create A 6 Figure Membership Site Step By Step

Learn how to create a membership site with WordPress step by step. I reveal all of my secret tips & tricks that helped me earn $172,000 last year!

One Page; Thousands in Monthly Revenue

#7: How a One-Page Website Can Generate Tens of Thousands of Dollars in Monthly Recurring Revenue We’re on to Niche Idea #8 now so it’s probably a good

The bubble in cryptocurrency threatens the broader financial system, given new buyers’ different motivations from early adopters and use of leverage.

GDAX, the professional digital asset trading platform from San Francisco-headquartered Coinbase has announced the launch of its new WebSocke… 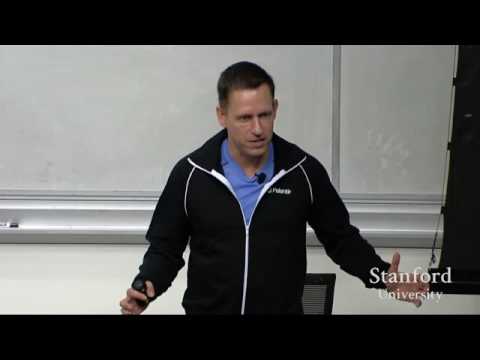 Want to add to our Peter Thiel video collection? Send us the video file/link to everypeterthielvideo[at]gmail.com We’re big fans of Peter Thiel’s work and ph…

To be able to allow people to seamlessly connect to their content, a different way of thinking is needed.  Artificial intelligence is, by definition, intelligence exhibited by machines.  So machines, and most likely in our case, computers, can mimic human intelligence and decision making when faced with a problem.  Conventionally then we humans would think of a solution to a problem and code a program to solve that problem.  With AI, a machine can do the same.  I think that tends to put ‘artificial’ limits on our problem solving initiatives.  Who cares if the technology hasn’t been created yet?  Dream it and build it.  After all, AI isnt very I right now. In most cases it’s still just A.

Let’s assume that Advanced Artificial Intelligence (AAI) exists and machines are capable of heuristically learning.  The solutions to problems may be smarter than what we as humans can come up with.  And machines will probably get to resolution faster than humans too.

Assuming that anything is possible and machines are capable of advanced artificial intelligence, how would machines approach the problems of today?

Problem #1: Each of us has a multitude of images and videos and we store them in many different places.  We want to be able to organize, backup and access them easily, but there is still no single solution that solves this problem seamlessly.  Much end user interaction is still required to accurately categorize and store the media.  The barriers to seamless interaction include having to download an app, having to copy and paste specific images or videos into albums, taking the time to sit down and copy to an external hard drive, having media stored on many different flash drives, etc.

It might be possible to design a solution right now that would solve all of these issues, but that’s not the idea here.  The idea is to develop some type of modular framework that can be leveraged by machines with AAI that can create solutions to these problems.  Even in AAI I think there will still be several different solutions to a problem.  I’m curious how machines will take into account the human factors of their solutions.  That may be the deciding factor to mass adoption of AAI developed solutions.

The Objects of Objects modular framework is still an idea in its infancy.  If we were to break media down and store all the attributes associated with it, AAI could not only design solutions today, but as the technology advances AAI could create backwards compatible solutions too.  In other words, an image is an object, but it’s really an object of objects and attributes.  The image is made up of pixels as well as the time it was taken, the location, the type of camera (which is an object with its own set of attributes), and many other objects and attributes.  If we were to store each of these objects and attributes in a database we could have more autonomy in seamlessly accessing exactly what the end user wants to access.  For now, a relational database is assumed, but it doesn’t have to be.  Is that the best AAI modular solution?  Plus, with this structure, what do you tag?  You no longer have to tag the image itself, you can tag the location: #Disneyland for example.  Or you can tag the time #AustinBirthday.  The options are now exponentially increased for data organization and retrieval.

This objects of objects concept is literally the concept of object-oriented programming, but applied to DBRMs. Has this been done? What’s the best type od database should be used? Does a new type need to be created?

This also peaks my interest in big data. How is this problem, especially storage and retrieval, approached today?  If it’s not solved yet, and given that image and video storage and retrieval is still a mess, I would argue it’s definitely not, then what are potential AAI solutions?

“Self-Reliance” is an 1841 essay written by American transcendentalist philosopher and essayist Ralph Waldo Emerson. It contains the most thorough statement of one of Emerson’s recurrent themes, the need for each individual to avoid conformity and false consistency, and follow their own instincts and ideas. It is the source of one of Emerson’s most famous quotations: “A foolish consistency is the hobgoblin of little minds, adored by little statesmen and philosophers and divines.”[1] This essay is an analysis into the nature of the â??aboriginal self on which a universal reliance may be grounded.â?[2]

Bang & Olufson’s website displays a philosophy I can agree with. It talks to the why they do what they do.  They’re focused on their product lines, but what if we maintained the same philosophy, but the products were open market?

We’ll simply serve as the command center behind all the IoT products to help you free up time so you can focus on what’s important.

We work hard to create smarthome solutions that are subtle and integrated into the lives of people. It is about freeing up time to focus on what is really important.